Obstacles and Stepping Stones | Part One: Leanne Roberts and The Nourish Movement

Starting a new business can be exciting. It can be a way to fulfil a dream, follow your passion, charge your motivation and be your own boss. But taking the leap of faith can also be scary. The fear of failure, feelings of inadequacy, lack of capital, scarce support and feeling overwhelmed are just some of the concerns that hold people back.

For some, fear brings their start-up to a screeching halt. But for many, these fears are merely hurdles en route to success.

In this series, What’s stopping you?, we talk to a handful of business owners about what held them back and how they overcame different challenges to reach launch. Spoiler alert: barriers exist in every start-up journey. You are not alone.

From Burnout to Borneo

For Leanne Roberts, the hurdles started well before the business epiphany. In fact, The Nourish Movement – a breakfast box subscription service – wasn’t the result of a light-bulb moment for Leanne as much as it was a culmination of experiences pushing her in the right direction.

It started in 2011 when, after eight years in a high-stress corporate roll, Leanne had finally run herself into the ground.

“My health was destroyed, there was a lot of self-sabotage and a lot of issues with physical health as well as mental health.”

Leanne took a much-needed break from work and used the time to tick an item off her bucket list. She travelled to Borneo where she spent three months in the jungle working with an orangutan rehabilitation program.

The experience was liberating for Leanne. It also planted the seed that would later grow to become The Nourish Movement. 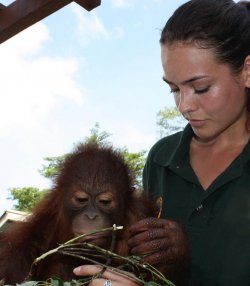 “(Borneo) was very much about setting up your mornings and there was a lot of focus on taking time to set up your day and goal setting,” Leanne says.

“When I came back to Australia I thought there was a lot of consciousness and focus missing in the mornings.

“(The business idea) definitely didn’t come to me straight away. I just felt completely lost…(but) I knew I just wanted to focus on helping other women to not go through what I went through.”

Leanne describes pinpointing the right idea as a natural evolution from treating her own health problems to recognising a similar neglect of morning routines in those around her. But nailing her concept was far from Leanne’s sole test.

“Self-doubt, lack of confidence and a huge fear of failure meant that it took me many years to build up the confidence to take the leap,” she says.

“I don’t think you ever feel like there’s a perfect time to jump into something like this because there’s no way you could possibly know all the areas of the business that you need to know.

“You have to jump before you’re ready, which I think is the scariest thing.”

Leanne ‘jumped’ in March and has enjoyed a healthy start – no pun intended – and a lot of wonderful feedback from customers.

She says she has been able to maintain motivation and fight through the self-doubt by surrounding herself with life-minded people who have showed unwavering support and understanding. 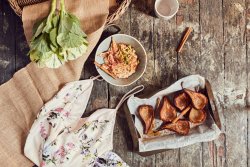 Significantly, Leanne believes the steepest learning curve comes post-launch when there’s no time for meticulous tinkering. Her advice to those wavering is simple. Just do it.

“There’s no point perfecting something that people don’t want,” she says.

“If you’re going out there solving a problem, it is up to your clients to tell you whether it’s helping them or not.

“The quicker you get it out there, the better for everyone.”